Most of us think of invasive plants as those that invade natural areas.  You may be surprised to know that your landscape may be harboring invasive species that were intentionally planted.

If you do decide to remove any invasive landscape species, below is a list of native replacements.  If you are starting a new landscape project, do not plant the species listed below. Try to favor native plants as much as possible to take advantage of the following benefits:

Teaming up to Stop the Spread of Spotted Lanternfly A Call for Standardization for Water Chestnut Pull Efforts What’s Springing Up in Your Backyard? 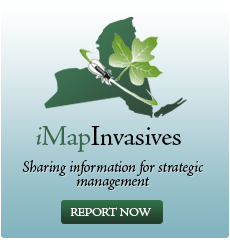